The Performance Lab plugin has been released

Introducing the Performance Lab plugin: After the WordPress performance team began work on it in November 2021, the first version of the plugin is finally here and ready for testing. You can download it or install it directly from your WordPress dashboard. Your testing and feedback will allow iterating towards adding future performance optimizations in WordPress core.

What is the Performance Lab plugin?

Feature projects are intended to gather a group of people to explore potential ideas for WordPress core.

Historically, feature projects have usually been implemented as separate feature plugins. The Performance Lab plugin provides a centralized location for performance-related features which are intended to eventually be merged into WordPress core. Therefore, it should be considered a beta-testing plugin. The plugin’s performance modules can be individually enabled in the plugin’s settings screen, so that they can be tested in isolation or in combination. Being able to activate/deactivate modules is similar to activating individual plugins, but the Performance Lab approach comes with benefits: For both developers and end users, it removes the burden of keeping track of several plugins. For developers, it additionally reduces maintenance and encourages collaboration between developers.

Another benefit of the single plugin approach taken with the Performance Lab plugin is that it provides room for experimentation. Some modules included in the plugin are explicitly marked as experimental, and while the entire plugin is for testing WordPress performance features, those modules are at a particularly early stage of exploration and therefore could lead to unexpected results This also leads to the clarification that all performance modules bundled in the Performance Lab plugin are at different stages of development. For example, some may already be official WordPress core feature projects, others may be proposed as feature projects in the near future. Some experimental modules may remain in exploration for a few months to come.

Because the Performance Lab plugin is a collection of potential WordPress core feature modules, the list of modules included may drastically change over time. New modules may be added regularly, while other modules may be removed in a future plugin version once they have landed in a WordPress core release. Also keep in mind that the Performance Lab plugin is not a full replacement for other WordPress performance plugins you may be using already.

Who develops the Performance Lab plugin?

The Performance Lab plugin is being actively worked on by the WordPress performance team, which was formed in late October 2021. The plugin is the primary project of the team where new performance features are being explored and implemented. It complements the direct contributions to WordPress core, which happen for smaller fixes or for features that already have seen significant testing in the plugin.

Which features come with this initial Performance Lab plugin version?

This initial release of the Performance Lab plugin (1.0.0-beta.1) comes with the following modules:

To test the WebP Uploads module, upload some JPEG images to the Media Library, and the module should ensure that the sub-sized versions are also generated in WebP and then used in the front-end when embedding such uploaded images in a post.

To test the other three modules, visit the Site Health status tab, where each module adds a corresponding new check:

The Audit Enqueued Assets module monitors the amount of scripts and stylesheets enqueued on your homepage.

The Persistent Object Cache Health Check promotes usage of an external object cache depending on the amount of data on your site.

Remember that each module you would like to test has to be activated via the plugin’s settings screen at Settings > Performance. Non-experimental modules are enabled by default. If you want to test the modules individually in isolation, you can toggle them one by one.

To learn more about the modules, you can use the GitHub labels to follow along their development via the links from the list above. You can also review the full release change log.

How can I support the Performance Lab plugin?

Since the Performance Lab plugin is a beta testing plugin, the most straightforward way of contributing is to use it! Test the individual modules, try to break them, explore edge-cases etc. Any feedback or bug reports are welcome as GitHub issues or alternatively as wordpress.org support forum requests. If you have found a bug and already discovered a fix for it, you can submit a  pull request. You’re also invited to share your feedback in a review. Last but not least, share the news! Only with a solid number of regular testers can the features in this plugin mature over time.

If you would like to participate in developing or shaping the direction of the plugin, the performance team would be pleased to have you join the weekly chats in the #performance Slack channel! The next one will take place at Tuesday, March 8, 2022, 05:00 PM GMT+1.

Another area to contribute to the plugin is localization. If you speak a language other than English, help make the Performance Lab plugin available in your locale by contributing translations.

Many thanks to all the community volunteers that have contributed to the Performance Lab plugin and the overall efforts of the performance team so far! This beta release is a major milestone and just the beginning – let’s continue from here.

We Love Comments, It Makes Us Improve On Our Services To You.
Thanks For Coming

Best 5 key steps that can improve your ranking

Simple step to get your adsense verify without pin

3 Step to start a record label in nigeria

BTCs 6 steps to participate in the satoshi Testnet

How to post music, video or file to your blogspot

SPECIAL OFFER FOR YOU TODAY

Content Development Service
Do you really love the content you are reading, do you want to hire us for your own content or we can still develop a well optimised content for you based on your topic or niche
⇒HIRE A CONTENT DEVELOPER TODAY


Love Award6base Design Or Template?
Do you really love our design. Do you want this particular design or you want a similar one, it Costs #4,000 ($10) only! Get it Today!!
⇒GET THE DESIGN OR TEMPLATE NOW


Live Webinars And Calls Service
Have you been waiting to chat with us recently, this is the best time to "BOOK A TIME" with us today and let's talk business. WE works Within 24hrs . Get In touch With Us Today...!
⇒ BOOK A TIME WITH US NOW

What People Are Saying About Us

﻿
What People Are Saying About Us Today is loading comments...

Advertise With Us Here 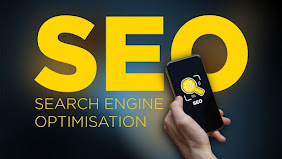